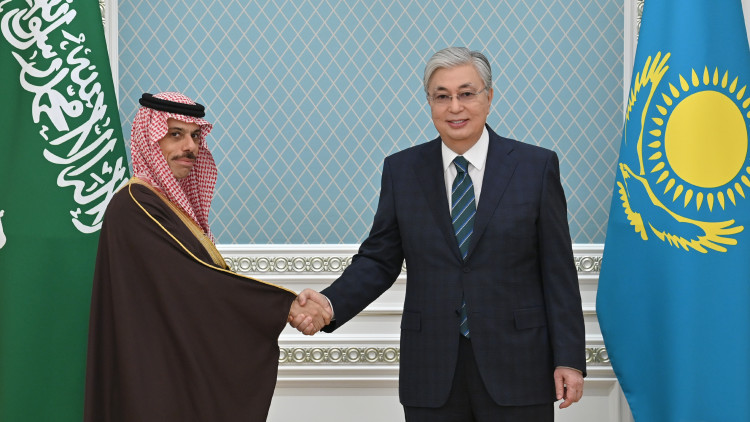 Kassym-Jomart Tokayev receives the Minister of Foreign Affairs of the Kingdom of Saudi Arabia, Faisal bin Farhan Al Saud, who arrived in Kazakhstan on an official visit.

During the meeting, they discussed prospects for the development of Kazakh-Saudi relations with an emphasis on strengthening political, trade, economic, investment, cultural and humanitarian cooperation. 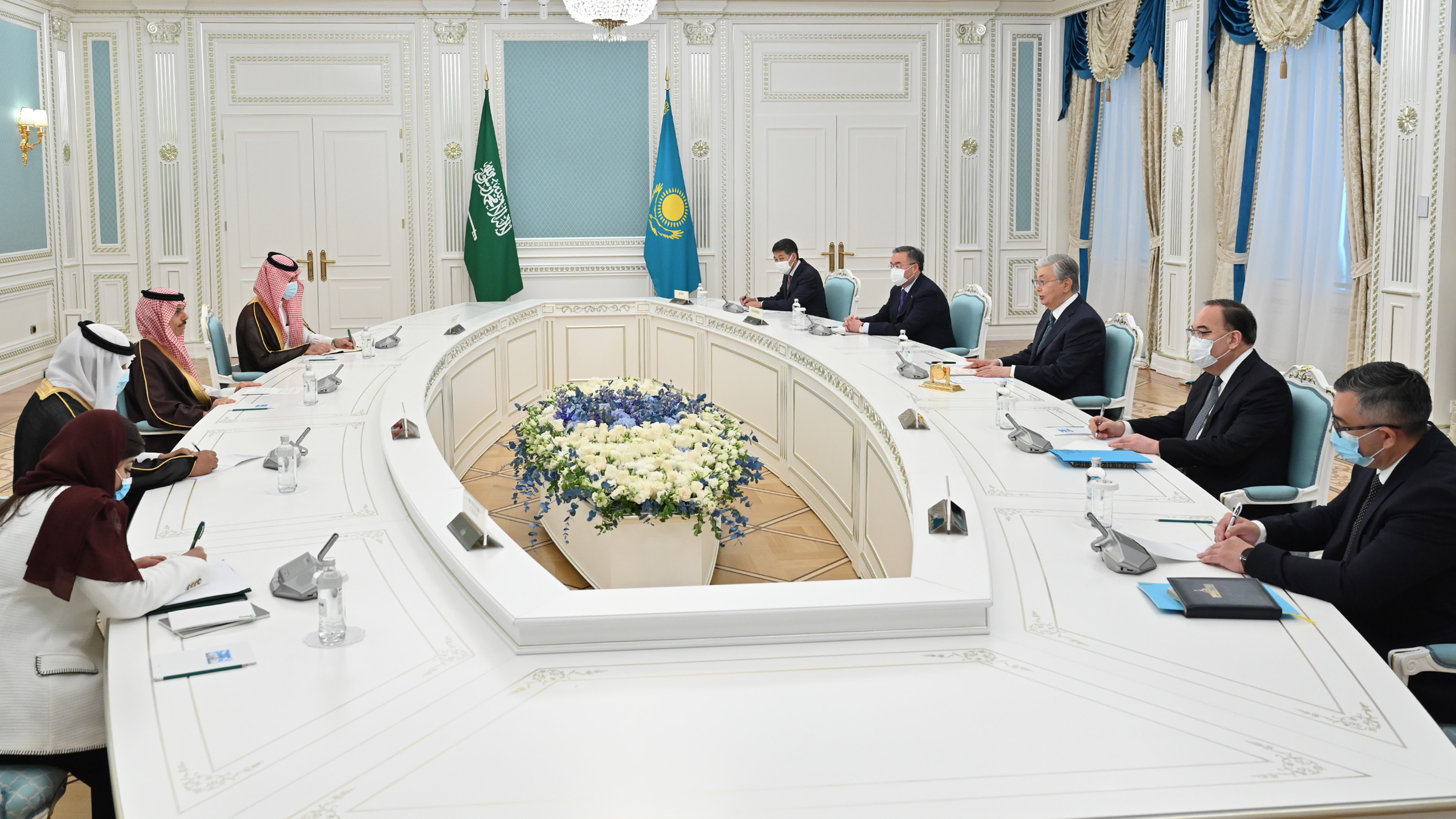 Welcoming the Saudi Arabian Foreign Minister, the Head of State noted that his visit coincided with pivotal moment of Kazakhstan’s national history – the holding of a nationwide referendum, the results of which will embark us on building a New Kazakhstan.

Kassym-Jomart Tokayev stressed that Saudi Arabia is one of Kazakhstan's key partners in the Arab and Islamic world.

“Our countries have been consistently developing political dialogue in the spirit of friendship and mutual trust based on shared values. I would be very glad to continue maintaining fruitful cooperation with the Custodian of the Two Holy Mosques, King Salman bin Abdulaziz and Crown Prince Mohammed bin Salman,” the President underscored.

Kassym-Jomart Tokayev focused on favorable investment opportunities for the implementation of joint projects in Kazakhstan in the agricultural, petrochemical, tourism, mining and metallurgical and financial areas.

The President noted the importance of strengthening the Kazakh-Saudi Intergovernmental Commission and the Business Council. He also announced his readiness to send a representative government delegation to Riyadh to conduct relevant negotiations.

In addition, President Tokayev thanked the Saudi leadership for creating the necessary conditions and traditional hospitality provided to Kazakh pilgrims in Mecca and Medina.

In turn, Faisal bin Farhan Al Saud conveyed the greetings of the King of Saudi Arabia and the Crown Prince to the President and the people of Kazakhstan.

The Minister noted the progressive development of bilateral relations, stressing that the leadership of the Kingdom highly values the success of comprehensive cooperation between the two countries over the years of establishing diplomatic relations.

The Saudi diplomat congratulated President Tokayev on the successful holding of the referendum in Kazakhstan.

“The Kingdom of Saudi Arabia wishes all success to the Second Republic and to continuing journey of reforms under your leadership the implementation of largescale reforms aimed at prosperous future of Kazakhstan,” he stressed.

Faisal bin Farhan Al Saud also expressed the readiness of the Saudi side to organize meetings with Kazakh partners to discuss in more detail the prospects for strengthening trade, economic and investment cooperation, which in turn will lay a solid basis for holding a summit in Kazakhstan in the foreseeable future.

During the meeting, the two also exchanged views on the international agenda. 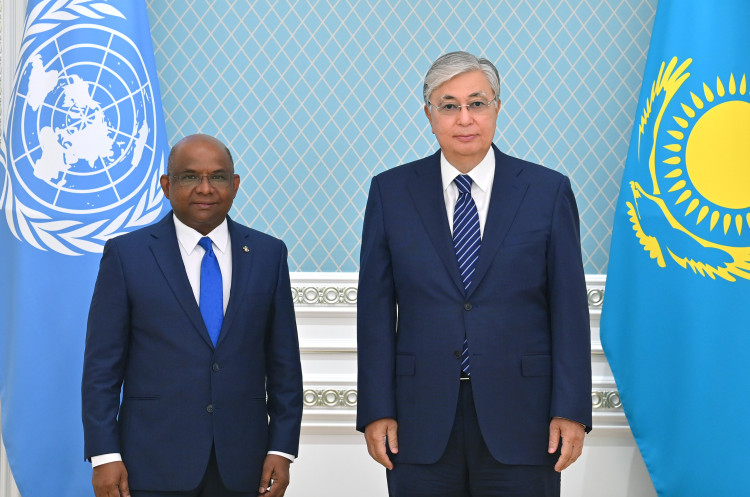