Speaking to the representatives of Kazakhstan’s and foreign media, the Head of State thanked the President of the Republic of Serbia for his first official visit to Kazakhstan and emphasized the dynamics of development of cooperation between the two countries.

Nursultan Nazarbayev focused on the agreements reached as a result of the talks held today.

- Our summits demonstrate the interest of the parties in developing mutual ties. First of all, it is the further deepening of cooperation in the trade and economic sphere. Our economies are complementary, we are ready to expand the range of products supplied, the President of Kazakhstan said.

Nursultan Nazarbayev has also named priority areas for further promotion of relations between Kazakhstan and Serbia.

- We have set new tasks for the Intergovernmental Commission on Trade and Economic Cooperation, the second meeting of which took place the day before. Priority areas have been identified; they are agriculture, industry, construction, transport, energy, and other areas. We are interested in creating infrastructure for accelerated delivery of goods between Asia and Europe, the Head of State said.

The President of Kazakhstan stressed that expert negotiations on establishing a free trade zone between the EEU and Serbia are currently continuing.

The Kazakh leader noted the issues of regional and international politics were also discussed at the talks.

In conclusion, Nursultan Nazarbayev thanked Aleksandar Vucic for his decision to take part in the VI Congress of Leaders of World and Traditional Religions.

- It seems to me that in Central Asia there is no city that is changing and modernizing as rapidly as Astana does. I am delighted with the success Kazakhstan achieves thanks to the President Nazarbayev, his clear vision, energy and dedication. I sincerely hope that you will achieve your goal, defined in Kazakhstan-2050 Strategy, Aleksandar Vucic said.

The President of Serbia noted the importance of cooperation between the two states in the trade and economic sphere, pointing out the potential for their further expansion.

In addition, the President of Serbia focused on the need to strengthen mutual support between the two states at the international level. 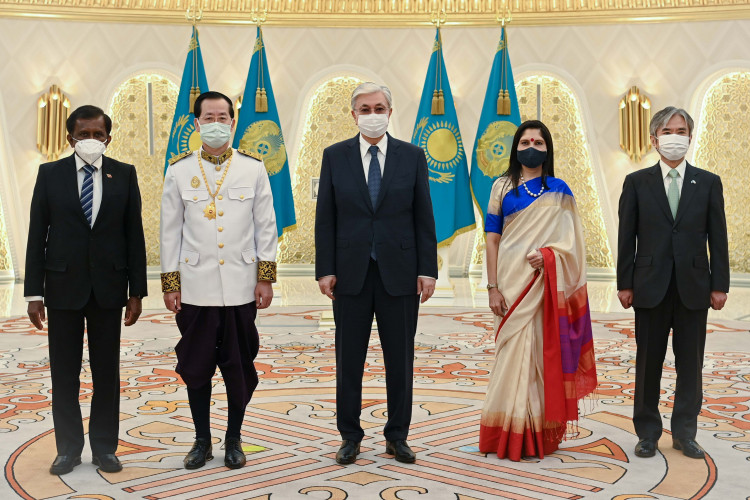