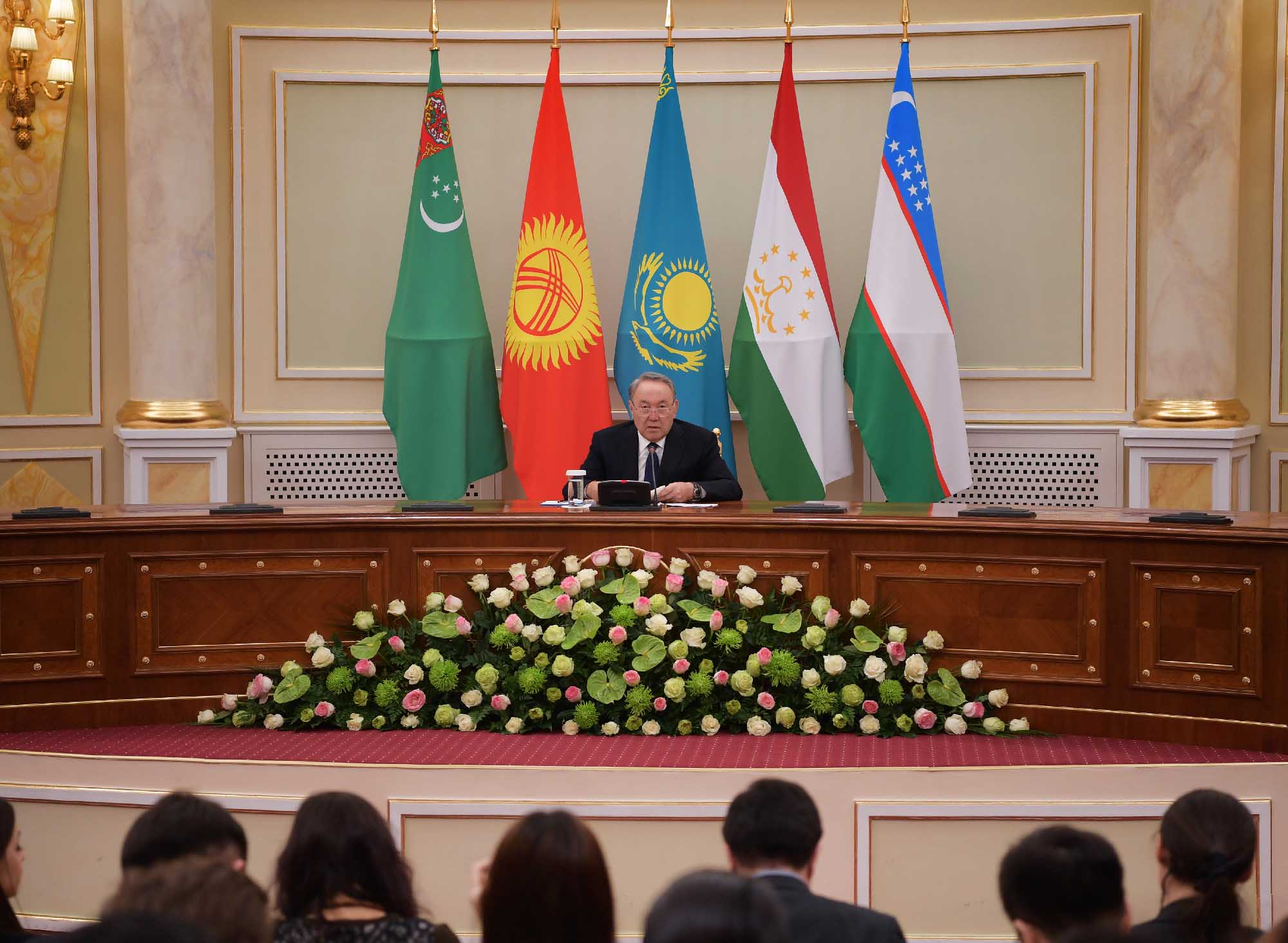 During the briefing, the President of Kazakhstan spoke about the results of the working consultative meeting with the leaders of the Central Asian countries.

- The working consultation meeting has been successful in the spirit of full mutual understanding and positive good-neighbourliness. We have had a thorough and constructive exchange of views on the most pressing issues on the regional and international agenda, the Head of State said.

Nursultan Nazarbayev emphasized active economic cooperation of all countries of Central Asia with the Russian Federation.

- We are jointly building the transport and logistics system of the region both in bilateral format and through the Eurasian Economic Union. At the same time, we understand that nobody will solve our intra-regional problems for us. In this regard; we have determined the basic priorities and outlined the prospects, the President of Kazakhstan said.

The Kazakh leader dwelled on the results of the talks on regional security and the situation in Afghanistan.

- All the states of Central Asia make their feasible contribution to support of socio-economic development and political settlement in Afghanistan. We agreed to continue joint efforts to advance the problems of Afghanistan on international platforms. Kazakhstan as a non-permanent member of the UN Security Council is conducting active work in this direction at the international level, Nursultan Nazarbayev said.

The President of Kazakhstan noted that our country proposed to establish a mechanism for five-sided regular consultations between the regional security councils.

- This will enable to maintain a regular dialogue on the most important issues of regional security and develop coordinated positions. The key direction here is completing activities on delimitation and demarcation of borders between the five countries. In this regard, the heads of delegations confirmed the need to speed up this process in order to strengthen security and stability in the area, the Head of State said.

Nursultan Nazarbayev focused on the issues of trade and economic cooperation between the countries of Central Asia, underscoring the region’s dynamic development and the existence of great potential for further growth.

- According to the UN, over the past 10 years, the average GDP growth in Central Asia has been 6.2%, well above the world average of 2.6% over the same period. There is a growth of foreign trade of the regional nations, the President of Kazakhstan said.

The head of our state noted that the growth of mutual trade contributed to raising the standard of living of the population in the Central Asian states.

Nursultan Nazarbayev spoke about the measures taken during the working meeting to ensure sustainable development of the regional economy.

- It is necessary to expand the range of goods of mutual trade between countries. The statistical comparison of data on our export-import operations shows that there are many opportunities in this direction. It is necessary to work systematically to improve the conditions for investment cooperation and mutual protection of investors in our countries,  the President of Kazakhstan said.

In addition, the President pointed to the need for the transition of economies to a new innovative digital platform, and also noted the importance of optimizing tariff policy and simplifying administrative procedures for transit traffic.

Nursultan Nazarbayev has placed greater focus on addressing the issues of using transboundary water resources based on common legal positions, mutual respect and respect for the interests of all parties.

The Kazakh leader also said that the consultative meeting considered to establish a five-sided working commission at the level of vice-premiers in order to promote regional economic cooperation.

- It is necessary to create intra-regional sources of financing for dynamic development, the President of Kazakhstan said.

Nursultan Nazarbayev noted that cultural and humanitarian ties are an important factor in strengthening regional cooperation.

- We have agreed on further building up our cooperation in this direction. To develop cooperation in the scientific and educational sphere, Kazakhstan is ready to host students from the countries of the region. In the field of sports and tourism, we could intensify holding common sports events and developing combined tourist routes in Central Asia, the President of Kazakhstan said.

In conclusion, the Head of State expressed his confidence that the agreements reached would give a significant impetus to the cooperation of our states.

- Most importantly, we have a common understanding and desire to build up our partnership and meet each other halfway. Therefore, we agreed to hold such meetings regularly on the eve of the great Nauryz holiday for all of us, Nursultan Nazarbayev concluded.