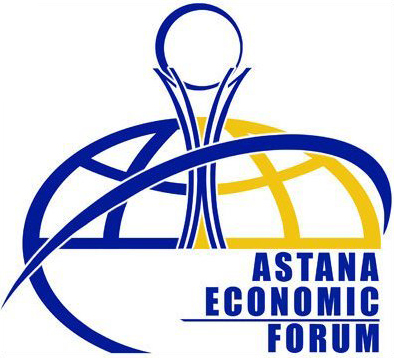 Astana Economic Forum is an annual dialogue platform aiming to find effective solutions to major economic and social challenges of the nowadays world.

The Forum brings together world leaders, international experts, scientists, politicians and public figures, representatives of various financial institutions and business communities and is the largest forum in Eurasia.

The first forum was held in 2008 and managed to gain the status of one of the most influential international platforms for discussing issues of rehabilitation and development of the world economy and financial system.

Over the years of its existence, the forum was attended by more than 43,000 delegates from 150 countries of the world. More than 280 memoranda and agreements worth more than 17.8 billion dollars were signed. There were established the Eurasian Business Congress, the Global Centre of public private partnership and the Astana club of Nobel laureates.

The Forum is based upon info-communication platform G-Global (http://www.group-global.org), which develops proposals to ensure balanced growth of the world economy.

The most important event held at the sidelines of the 6th Astana Economic Forum in 2013 was the World Anti-Crisis Conference, initiated by Kazakhstan in cooperation with international organizations with the support of the UN General Assembly. Following the results of the Conference, the delegates adopted the Astana Declaration and the draft Project of the World Anti-Crisis Plan for the UN member states.

On May 22, 2015 the 8th Forum with the theme “Infrastructure – a Driver of Economic Development” was attended by more than 3,000 delegates from across the world. During the Forum, the participants highly commended the National Plan “100 concrete steps” to implement the Five National Reforms put forward by the President of Kazakhstan.